Purpose Statement
The Artist in Residence program at Unity Church seeks to cultivate generative relationships between the church and creatives across diverse art forms, to undertake a period of focused work that amplifies the congregation's vision of becoming a multicultural, antiracist Beloved Community. Through the exchange between the artists and church community, presenting and sharing both the creative work and process, the program seeks to activate our imagination, foster relationships among and beyond our church walls, inspire spiritual and emotional growth, and open the church community to larger dimensions in the work of making culture change. 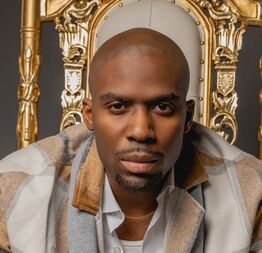 I just got off a Zoom call with Geno Okok and I’m smiling. One of Unity’s three artists in residence selected in 2022, he’ll begin meeting Unity Church members in late January and start his work in earnest in the following weeks. He will be guiding the youth in painting two murals in the education area of the church aka the basement. He is well suited to that task — aside from proven artistic skills he is brimming with positivity, unabashedly passionate about connecting with people through his art. Sitting across from me on the screen, he nearly bursts with good cheer, as he tells me how his life as a visual artist has evolved, pleased that he is to be able to make others feel good by using his innate gifts.

As a child, Geno was fixated on drawing — sketching everything in sight. But it was only when he saw what was possible through the expansive world of social media that he realized he could make a life of that thing he loved so much to do. Geno came with his parents to the U.S. from Nigeria as a very small child. The need to “succeed,” to make a better life for themselves and their children is often the driving force for people who come here from other countries and it was no different for Geno’s parents. They settled in Brooklyn Park and raised a child who represents the kind of success story that any parent would be proud of even if their son has not taken a path they would have thought possible — that of an artist.

After high school, Geno, recognizing his competence at drawing thought maybe architecture, or interior design would satisfy his need to draw as well as make a good living. “But,” he said, “drawing lines for blueprints was not exactly exciting to me.” Then he began posting sketches on Facebook and receiving a positive response. He was asked to do a few commissions — portraits, mostly — and realized he could actually make a little money. Drawing and painting could be a viable side hustle to supplement a “real” job, he thought. He attended the Art Institute of Minnesota, received an A.D. in Fine Art and with the skills he honed along with his strong social media presence, @Geno4Art has taken off.

But for this young artist who has received numerous grants and public art commissions it is the emotional response to his work that has kept him buoyed and eager to continue to deepen and expand his work. His art, which tends towards naturalism with a powerful graphic sensibility features instantly recognizable people and animals and is accessible, offering messages of thriving multiculturalism, and unity in diversity.

The ability to transform a space from dull and uninspired to vibrant — alive with color and movement — is gratifying not just for him but also for the people who interact in that space on a daily basis. One example, he mentioned, is the work on the walls of the Twin Cities Academy High School cafeteria in St. Paul completed in August 2021. Geno, assisted by student artists, created a space with his murals that buzzes with energy and light. The artist was recently invited to revisit the school to check out how different the vibe is from when it was just plain white walls — so much warmer and friendlier, a place meant for gathering.

The artist has been interviewed on local TV, and has been the subject of local newspaper and magazines but these days, Geno is particularly proud of the fact that his artwork is featured on this year’s Saint Paul Winter Carnival Medallion. He is the first and only artist of color to receive this honor in 137 years of the carnival’s existence.

We are looking forward to watching Geno with his young crew of Unity youth transform church spaces and invite all congregants to give the artist a hearty welcome in the coming weeks.

An Interview with Marcus Young, Unity Artist-in-Residence
When I Leave My House: Reflection on How Curiosity Connects Us
Artist in Residence Marcus Young asks﻿ "Don't You Feel It Too?" 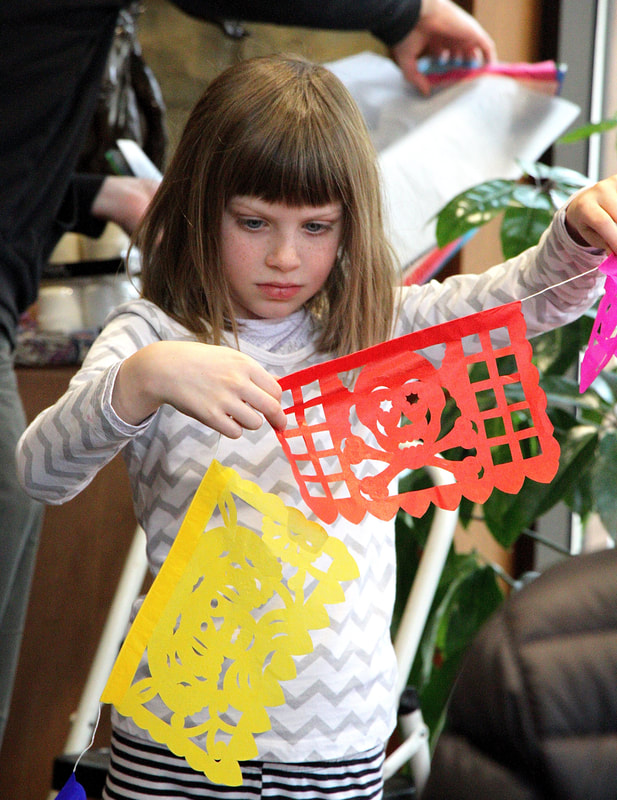 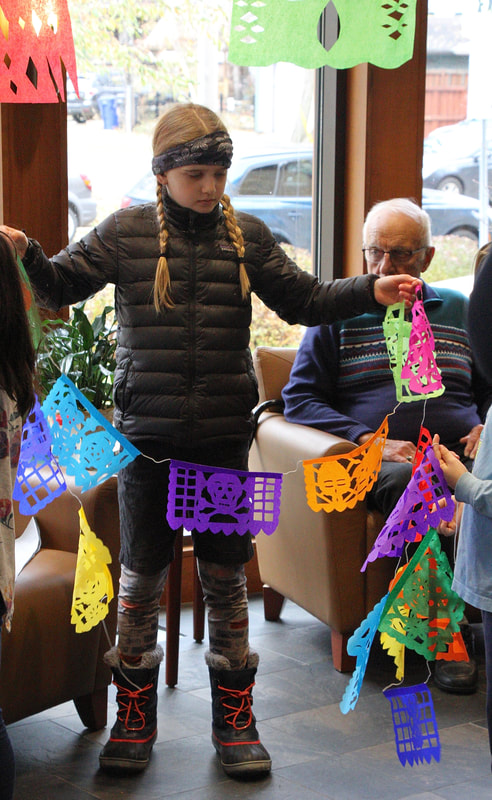 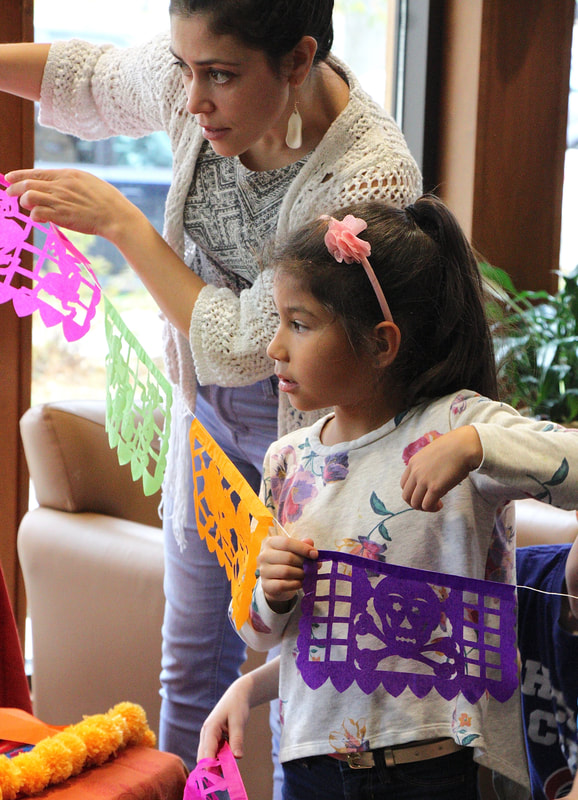 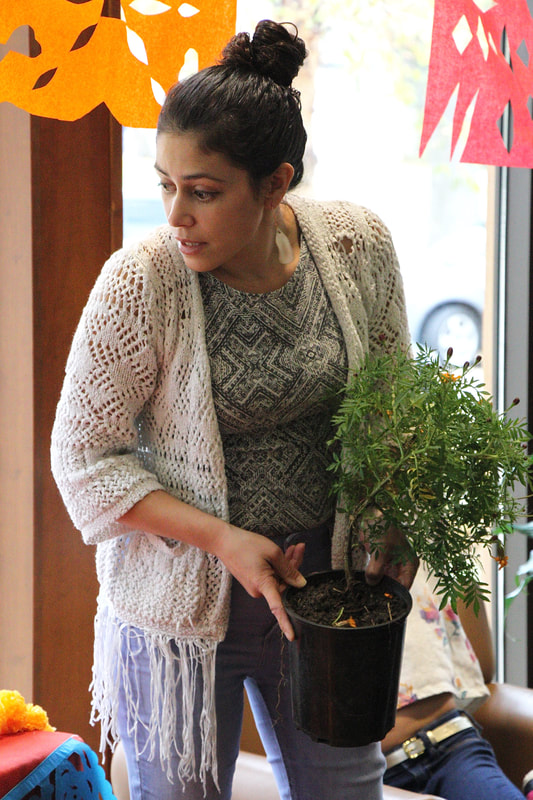 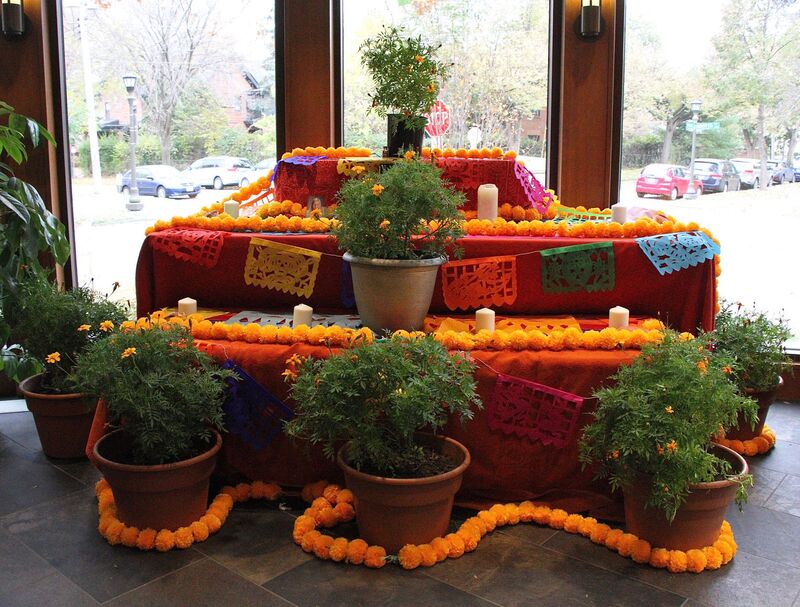